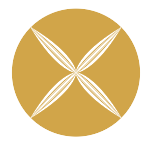 Laureates of the Prize

The Viggo Brun Prize has been established by the Norwegian Mathematical Society and is awarded to young Norwegian mathematicians for outstanding research in mathematics, including mathematical aspects of information technology, mathematical physics, numerical analysis, and computational science.

The prize is awarded every second year. The inaugural award was made in connection with the centenary of the Norwegian Mathematical Society and was presented at a national meeting of mathematicians in Bergen September 13–14 in 2018. The laureate receives a diploma made by the Finnish designer Eero Astala, and a cash award, which in 2018 was 50.000 Norwegian kroner. The diploma is adorned by the logo of the prize and a figure taken from Viggo Brun’s article on Leibniz’s formula for 𝜋.

The age of the laureate shall normally not exceed 37 years when the prize is awarded. The prize shall normally be awarded to a single person, but may be shared between two or more researchers who have collaborated to achieve outstanding results. The laureate should meet at least one of the following requirements:

Viggo Brun (1885–1978) was an eminent Norwegian number theorist. In his eulogy in the Norwegian Academy of Science and Letters in 1979, Atle Selberg referred to Viggo Brun as one of the most uniquely gifted and profoundly original persons fostered by Norway. In 1974, Viggo Brun became an honorary member of the Norwegian Mathematical Society. See Norsk Biografisk Leksikon on Viggo Brun (in Norwegian) or the MacTutor History of Mathematics Biography on Viggo Brun for more information.